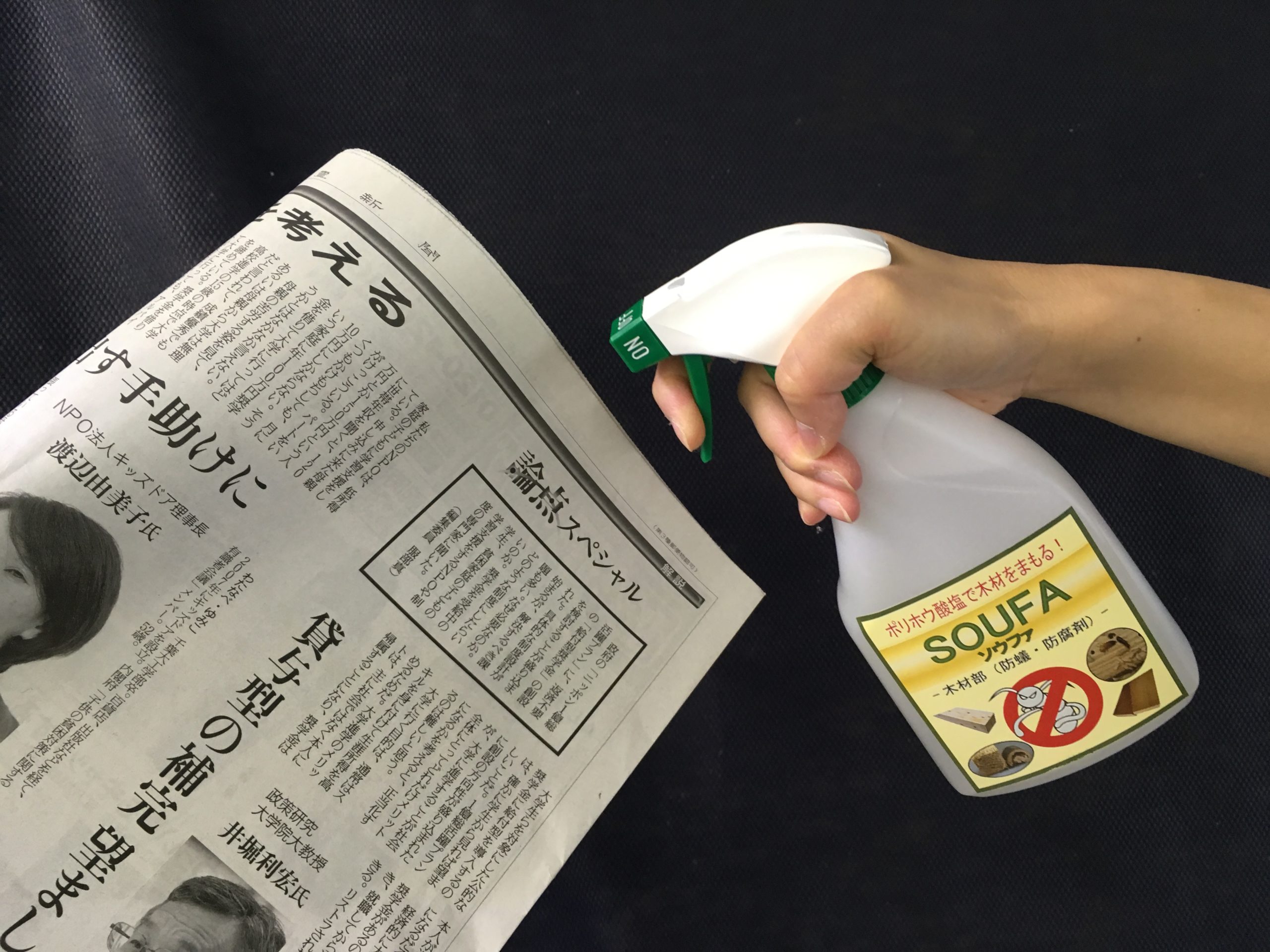 It has been developed as a flame retarder for woods originally, at present, besides, it’s expected and application to cellulosic material is shipped to various places.
There was a lot of shipment and the one of the other usage was consisting of the use which is originally in now.

Therefore for example it’s applicable in corrugated cardboard, paper and Japanese paper. It also acts on the material of the pulp course well.

So everyone blew soufa into the tissue which is being used daily in the paper in soufa, and a writer ignited after dryness.

It’s the tissue※ char which doesn’t burn and isn’t expanded.

I blew soufa into an ordinary tissue by a sprayer and just made them dry. A tissue was itself for a short while in GOWATSUITA feeling, but I didn’t ignite by this.
The state of blowing is such feeling.

The boron system flame retarder which acts on cellulosic material very effectively.
I’m thinking wood flours may be able to correspond even when mixing, for a resin deck. Incombustible giving to CNF (cellulose nano fiber) is expected in recent years.

Application to a wood flour is being inspected by several manufacturers.
The good result is in by a simple test.

A boric acid has high effect as …

The aqueous solution which can m…

A prevention flame in a theme pa…